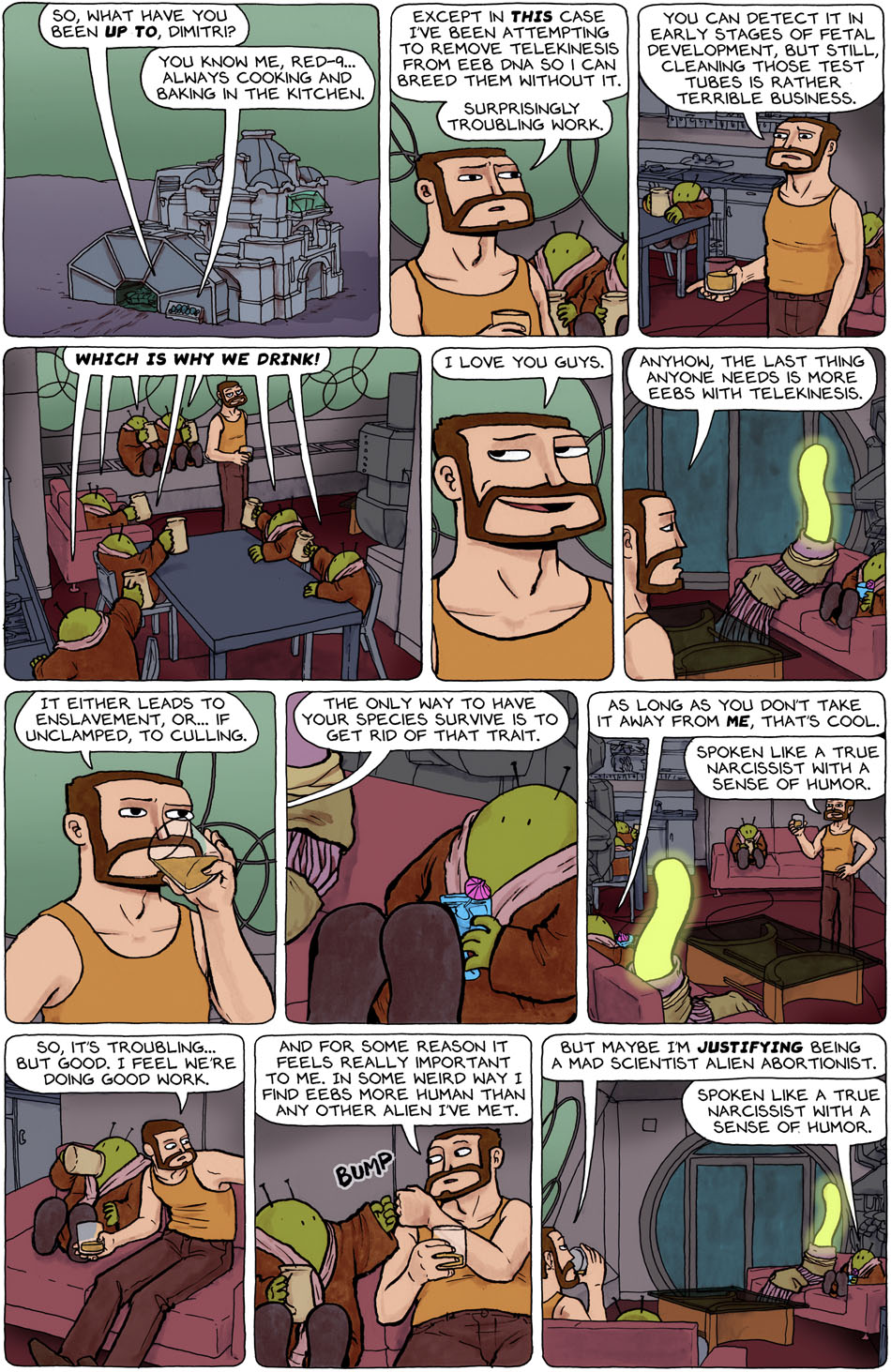 Richard E. Robertson of Basketcase Software rendered the surface of Carpsellon and animated my 3-D model of Dimitri’s tank on it! And added a soundtrack! Totally cool! 🙂

Again, I will be tabling at Stumptown (table C-12) alongside Kevin Moore. And yes, I will have Spacetrawler book #2, and yes I will have the larger reprinted Little Dee 8.5×11 two volume set. And hopefully they will look awesome (for I have not yet seen them, they arrive (cross your fingers) Wednesday, at which point I begin mailing them).

I’ll also be at Toronto’s TCAF the following weekend. Just lettin’ you know.