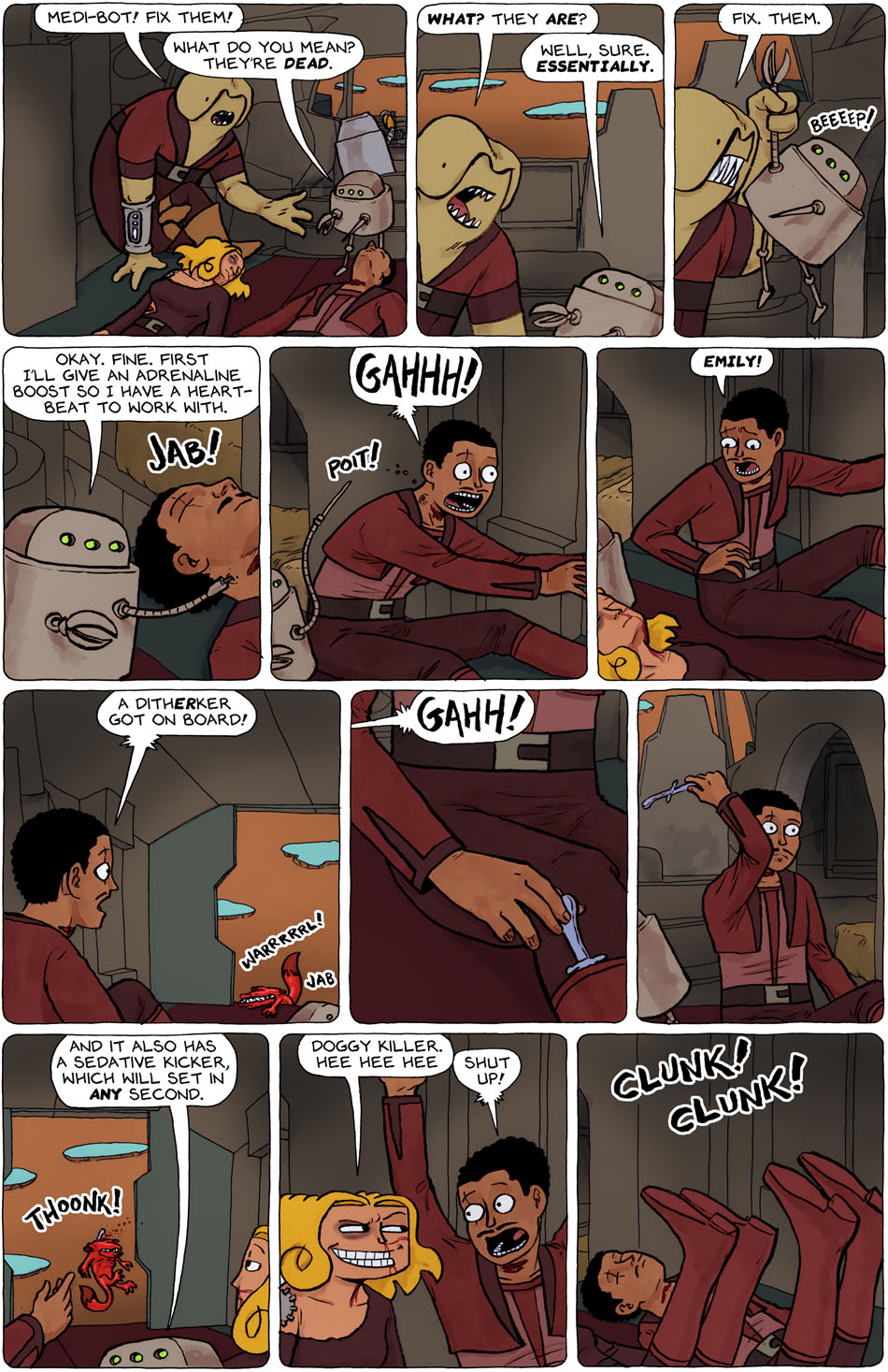 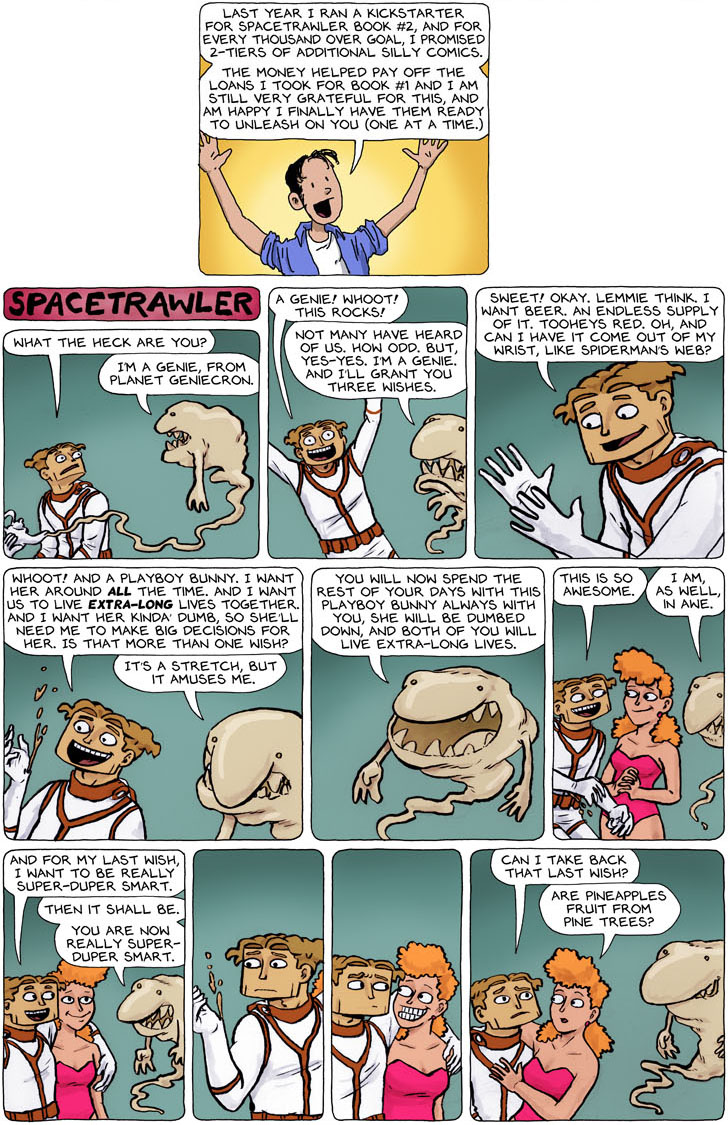 That strip a few weeks back, the one with four wide panels? I’d forgotten to finish coloring it, but I just did. Colored/updated!

Been reading more YA (young adult) novels lately. I’ve been trying to figure out why they appeal so much to me. Is it that they are more innocent? That they focus more on character and human emotion than plot? Is it that the characters still have a natural curiosity that gets beaten out of most adults? Not sure.

Last year my favorite book i read was “I Capture the Castle.” It was YA. I just finished reading “The Last Siege” which was quite good, but I feel a little muddled about the ending. And “The Sugar Queen” which had some really interesting magical realism literary devices and was overall fun.

But I have this stack of psychology audiobooks I should plow through for writing research. “Thinking Fast and Slow” and “The Power of Habit” and “The Neurological Origins of Individuality.” But I just can’t get up the muster. Maybe I’ll relisten to the “Abhorsen trilogy” a good story, so enjoyably read by Tim Curry.