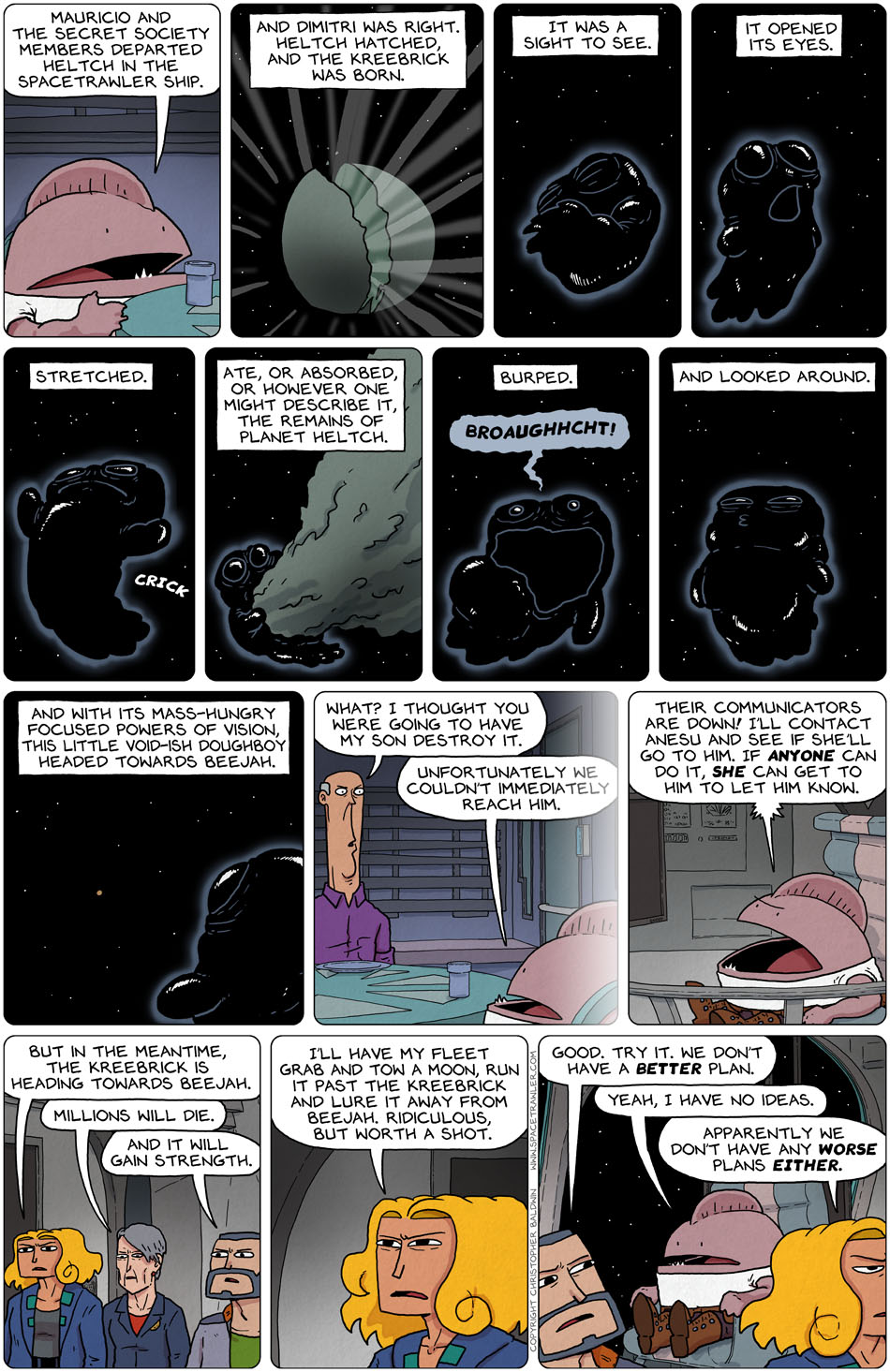 The Kreebrick was very satisfying to draw. There is something in it I find both cute and terrifying. 🙂

Today (meaning Wednesday, when this posts), we’ll be heading west across Texas. Such a big state.