Spacetrawler, audio version For the blind or visually impaired, October 9, 2019. 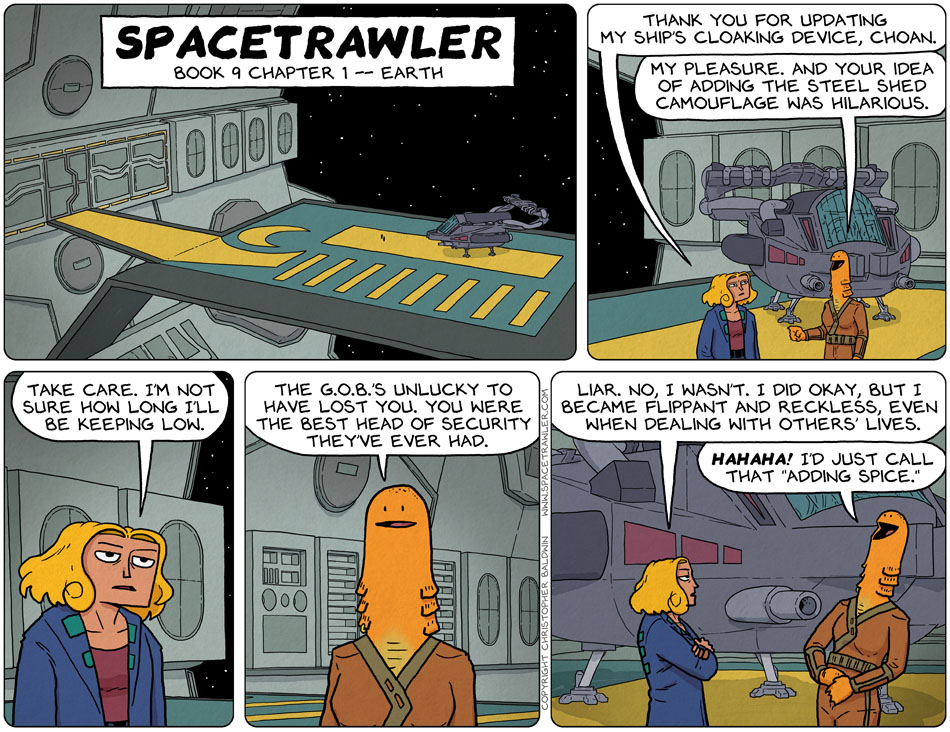 Ah set-up. Making sure I put enough info in for new readers who are just starting with this story. It’s fun to try to think what it’s like to be a new reader seeing this madness for the first time.

So, I’m formatting the story slightly different this time. Rather than splitting the story into three parts (“books”), it will all be one “book” and have more (and likely shorter) parts (“chapters”).

Also, no Nogg/narrator framing device. I LOVE that framing device, it’s clunky and ridiculous and fun, but felt this story might work better without it. We’ll see how it goes.