Spacetrawler, audio version For the blind or visually impaired, October 16, 2019. 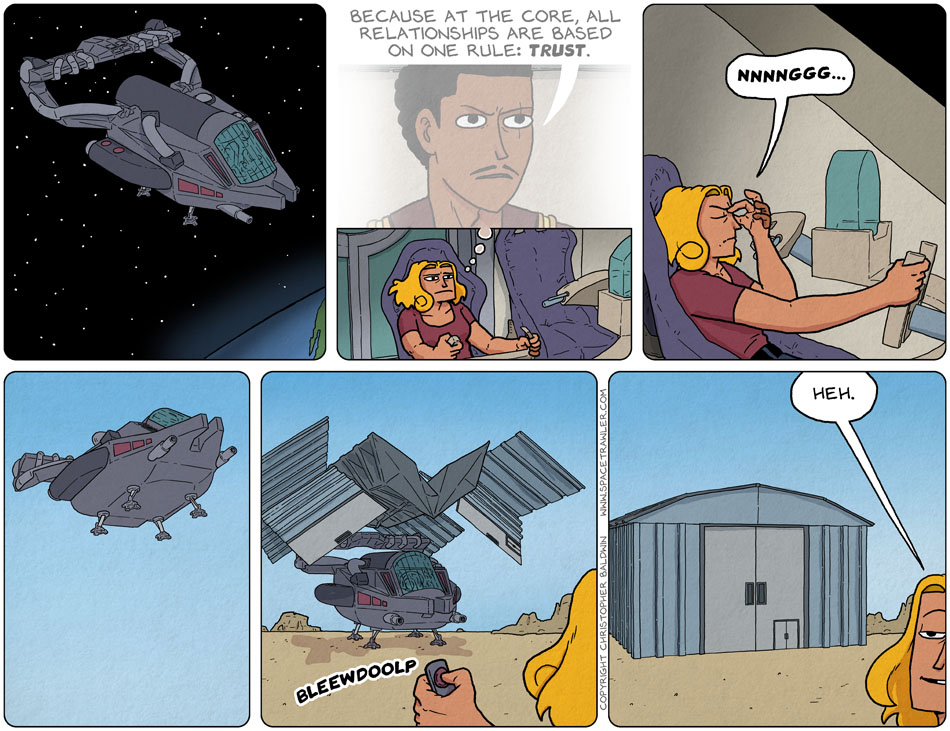 Blanding in is how one goes about blending in.