Spacetrawler, audio version For the blind or visually impaired, January 29, 2020. 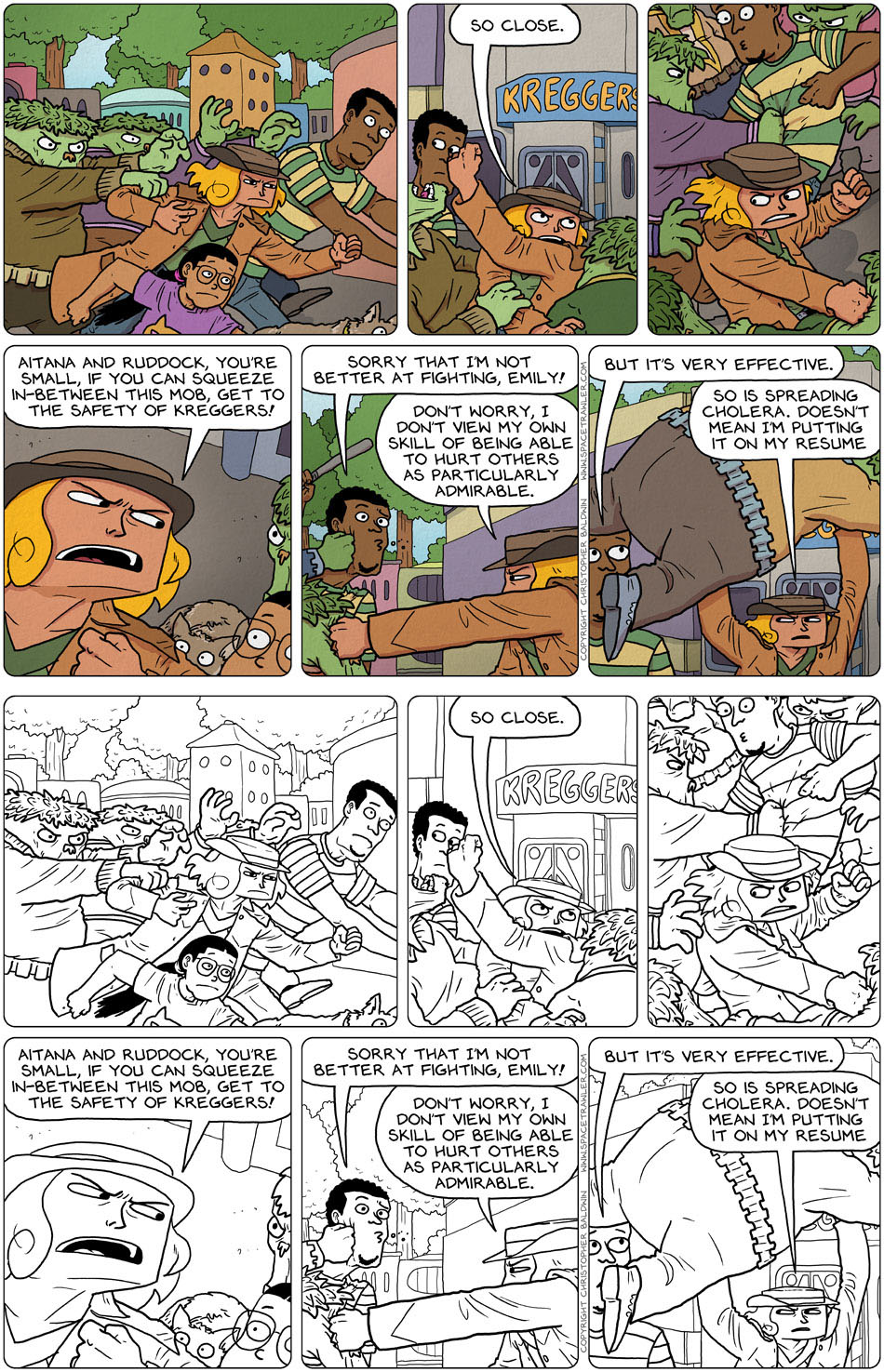 We move this week. Plus both have work we need to finish for for a show at the National Academy of Science in DC later this spring. Plus saying goodbyes to our community here. And we had a studio sale on Sunday.

Anyhow. Overwhelmed. Trying to have at least the Spacetrawler “INKS” done (to be colored at some later date). So far so good.