Spacetrawler, audio version For the blind or visually impaired, July 1, 2020. 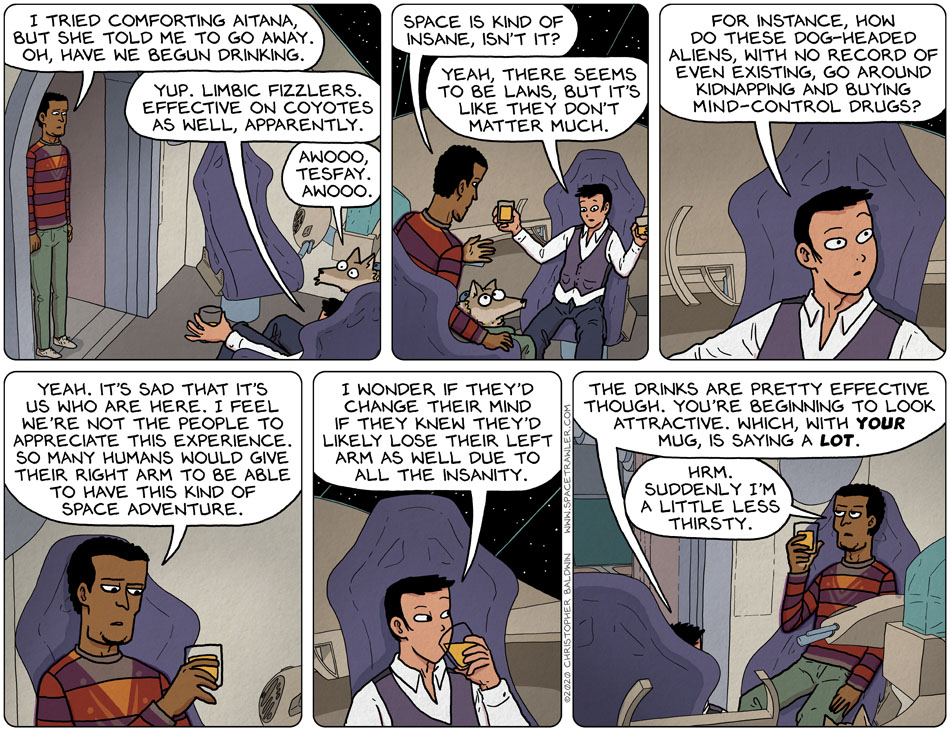 Of course, so far they haven’t engaged space, it is only space which has engaged them. Maybe that time will come.