Spacetrawler, audio version For the blind or visually impaired, July 2, 2020. 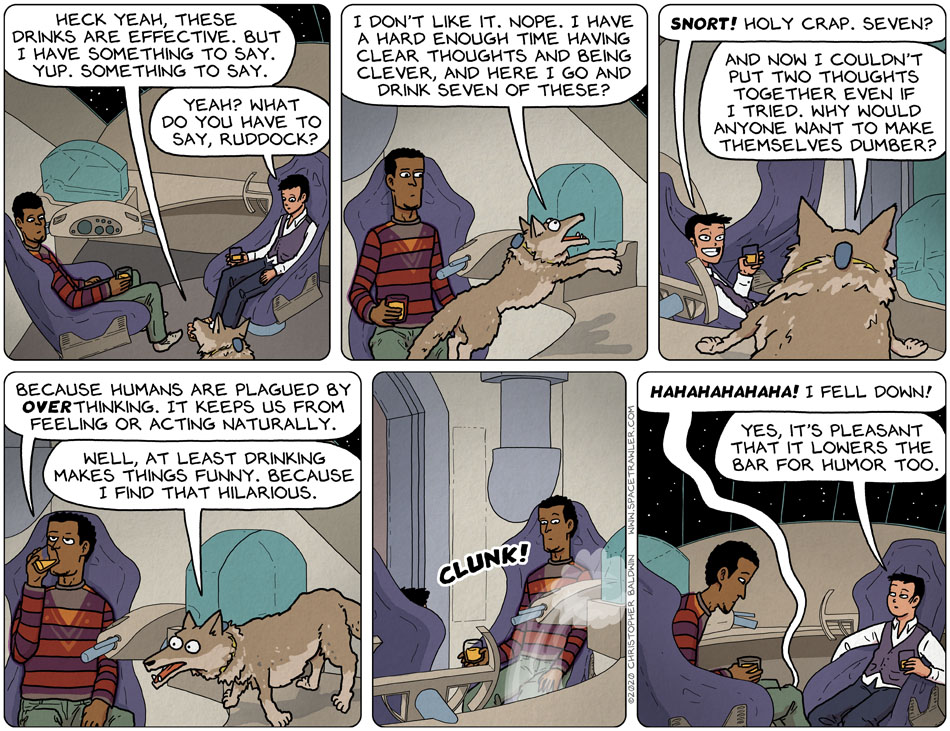 For all the drinking jokes in Spacetrawler, I am more of Ruddock here than most things.