Spacetrawler, audio version For the blind or visually impaired, July 22, 2020. 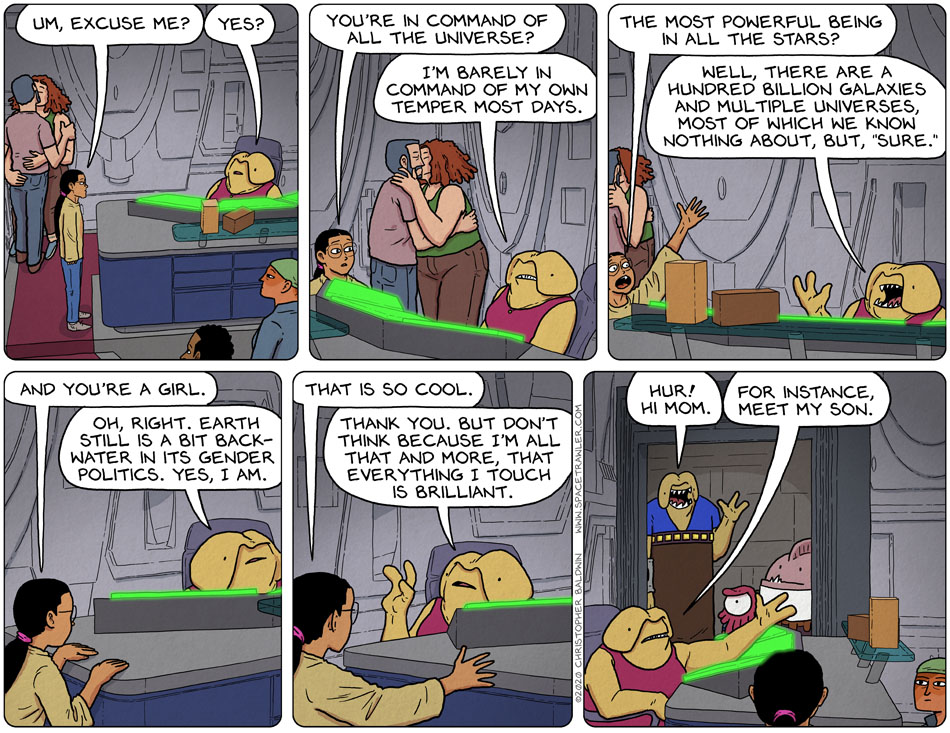 Ah! MORE of the gang back together. 🙂

And it’s funny. Last week there was a big discussion in the comments about this very subject, and it took all my will to keep quiet, knowing you’d have a sort-of answer in this strip.