Spacetrawler, audio version For the blind or visually impaired, June 18, 2021. 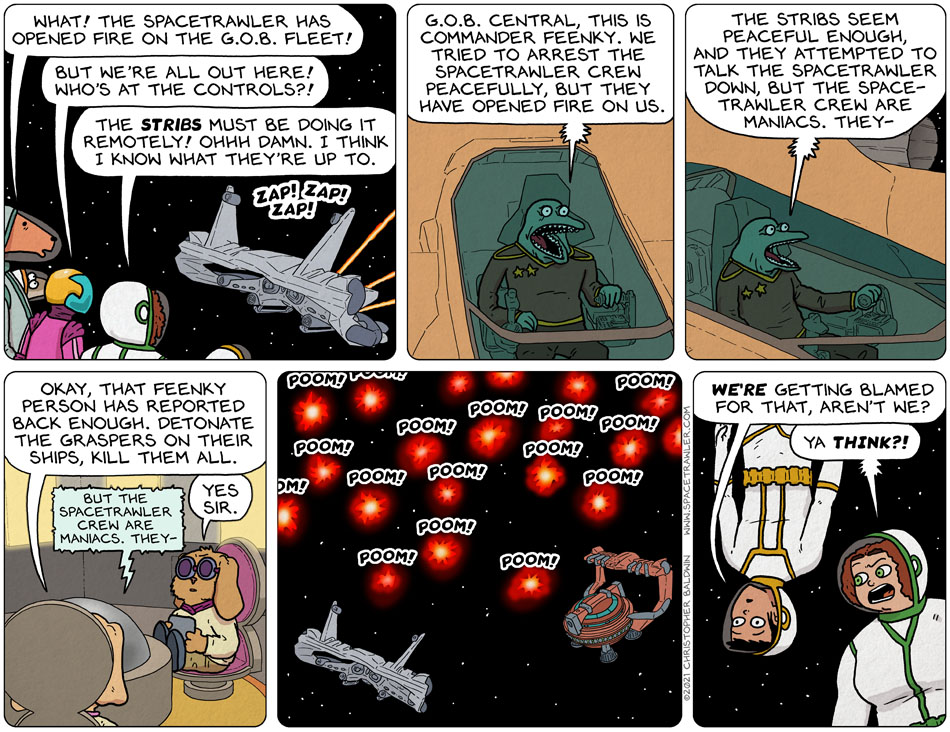 When people use war tactics when there isn’t a war going on, it’s kind of in poor taste, I think.