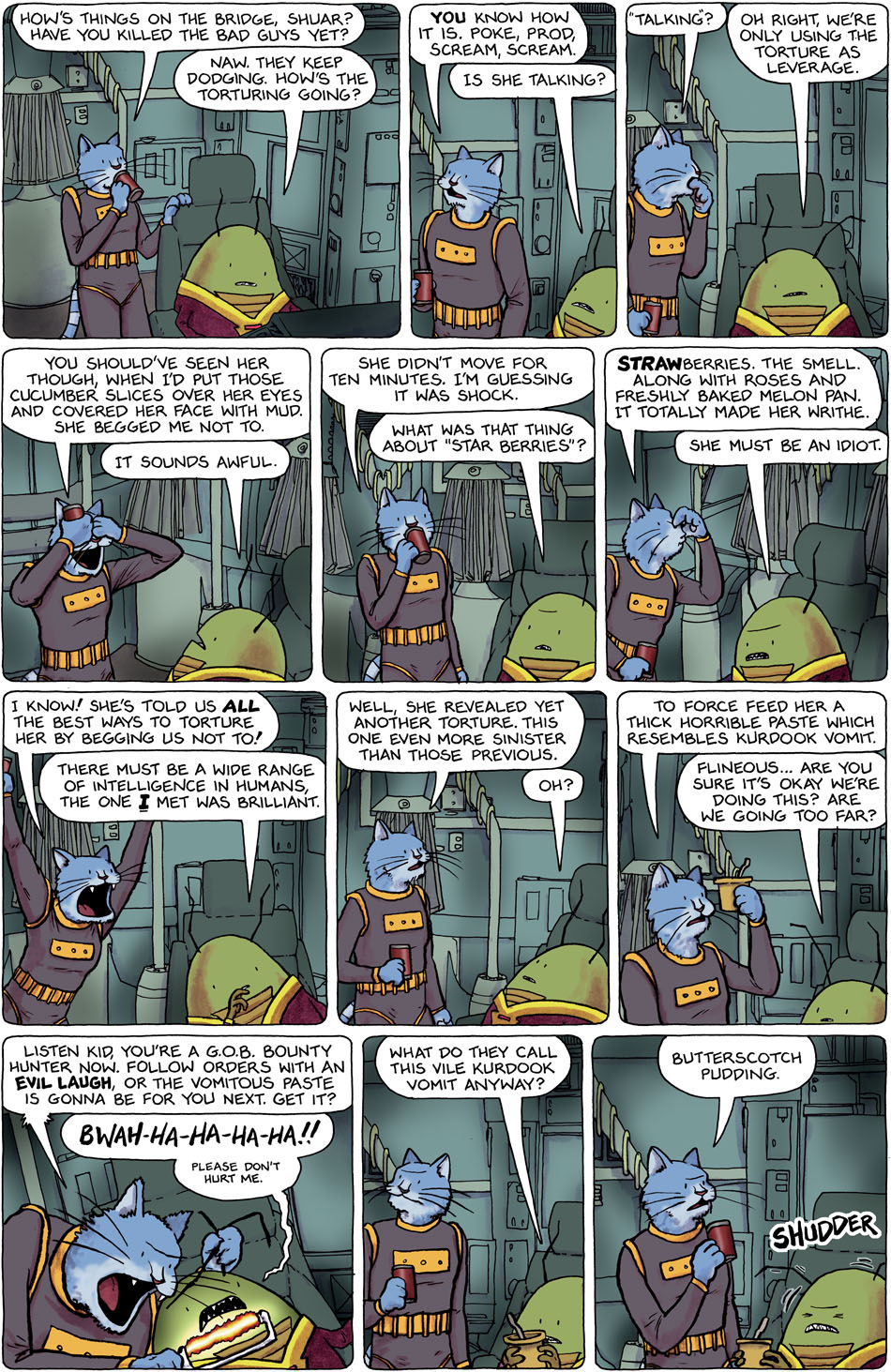 Just a usual reminder: to support Spacetrawler, link to it from your favorite social news site or purchase original artwork! Thanks!

I forgot who I know that linked to it, but the Bodil Bodilson’s webcomic “OGLAF” cracks me up. Its themes come from basic mythology: snow queens, changelings, labyrinths, mermaids, etc. MIND YOU it is EXTREMELY NSFW! As the author describes it “this comic started out as an attempt to make pornography. It degenerated inot sex comedy pretty much immediately.” So, if you’re okay with sex, give it a gander. The Labyrinth is probably my favorite. Nice.

And lastly, according to some totally fabricated news source, Pritchard Blevin, astronomical professor at STU has put forth the theory that the constantly expanding universe has gotten a bit out of control “unhealthy overeating has become an epidemic in this country, something we must deal with head on, and apparently the universe somehow thinks it is exempt.” When asked as to what might be done, Blevin reportedly stated, “a few less friggin’ twinkies and maybe an occasional jog would be a start.” The Dean of STU then chimed in, “If Blevin didn’t have tenure, we’d not be having this conversation because he’d be an out of work bum.”

Me, I’d need to have had a hell of a lot less tea to justify this blog. And I didn’t even post the joke about waterboarding.