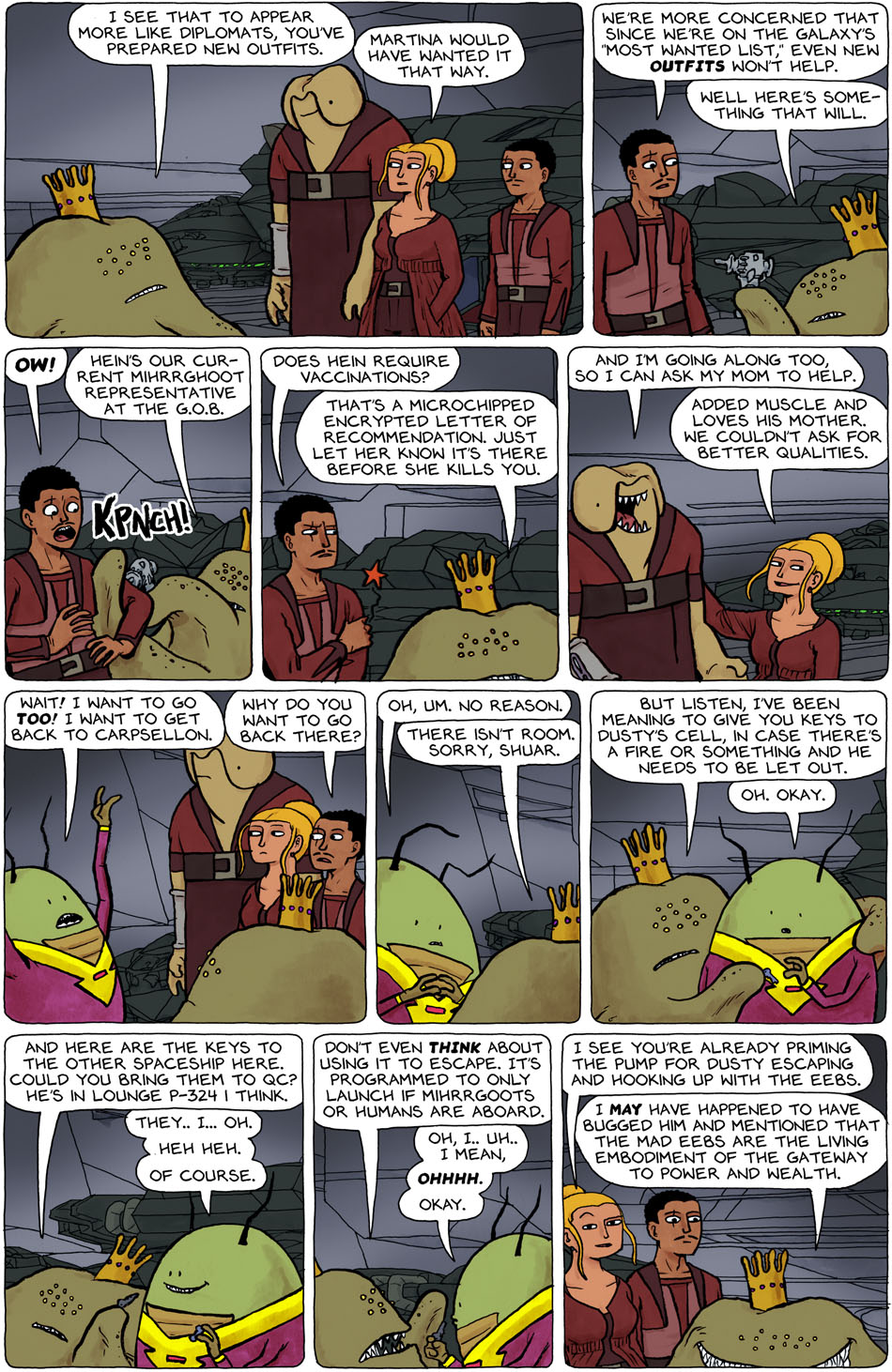 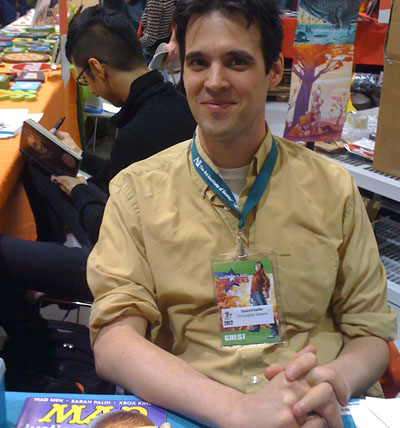 Had a fun time this weekend at the Emerald City Comic Con (even being WAY over-tired on Sunday). So many people to link to, so I’ll just highlight a few (I did just create a long list of quick links, and then in tiredness, lost them). I was sitting as ever with TopatoCo (thank you guys, so awesome!) between the very talented Jhonen Vasquez of “Johnny the Homicidal Maniac” and “Invader Zim” (pic above, sitting behind me) and Tyson Hesse of “Boxer Hockey” (which I’ve been so meaning to read, and so we traded books, and it is great) (pic of his comic below).

Also got to talk a bit with Mark Monlux, a local toonsmith, who does the webcomic “The Comic Critic.” His comic reviews films, and when you buy a book, he asks you what film you’d like to be in and then he draws you in it. I was VERY tired, and so “Star Wars” was all that came to mind. All fine and good. And then I read his little extra blurb, and once my mind caught up with the joke, I had a good laugh.