Spacetrawler, audio version For the blind or visually impaired, October 22, 2019. 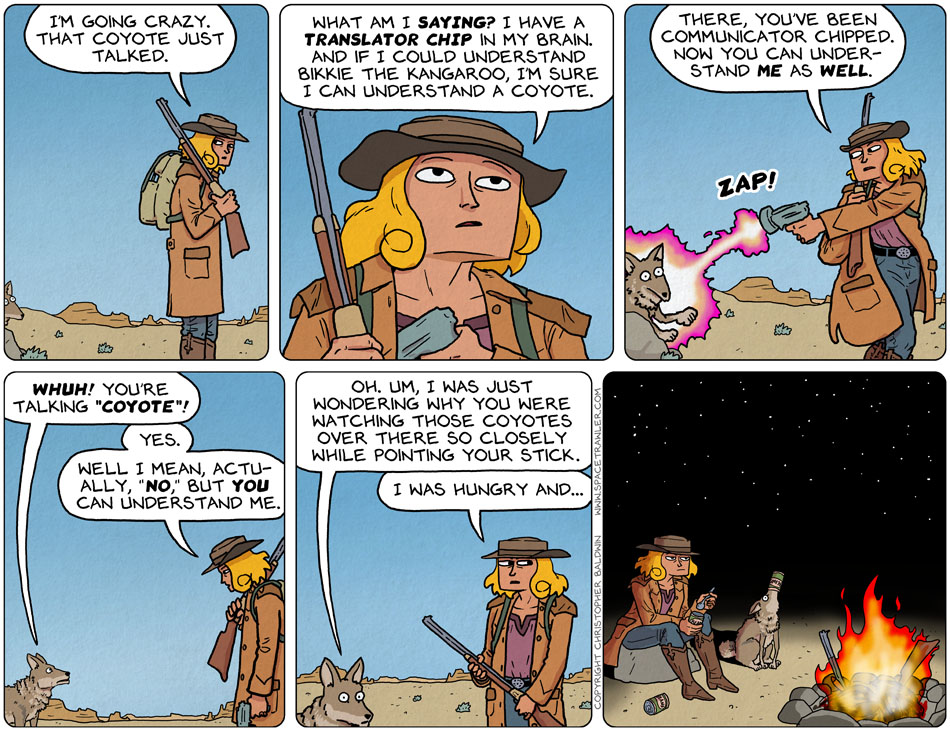 Everything is food until you talk to it, or it talks to you, depending on your threshold (or if you’re hungry enough).