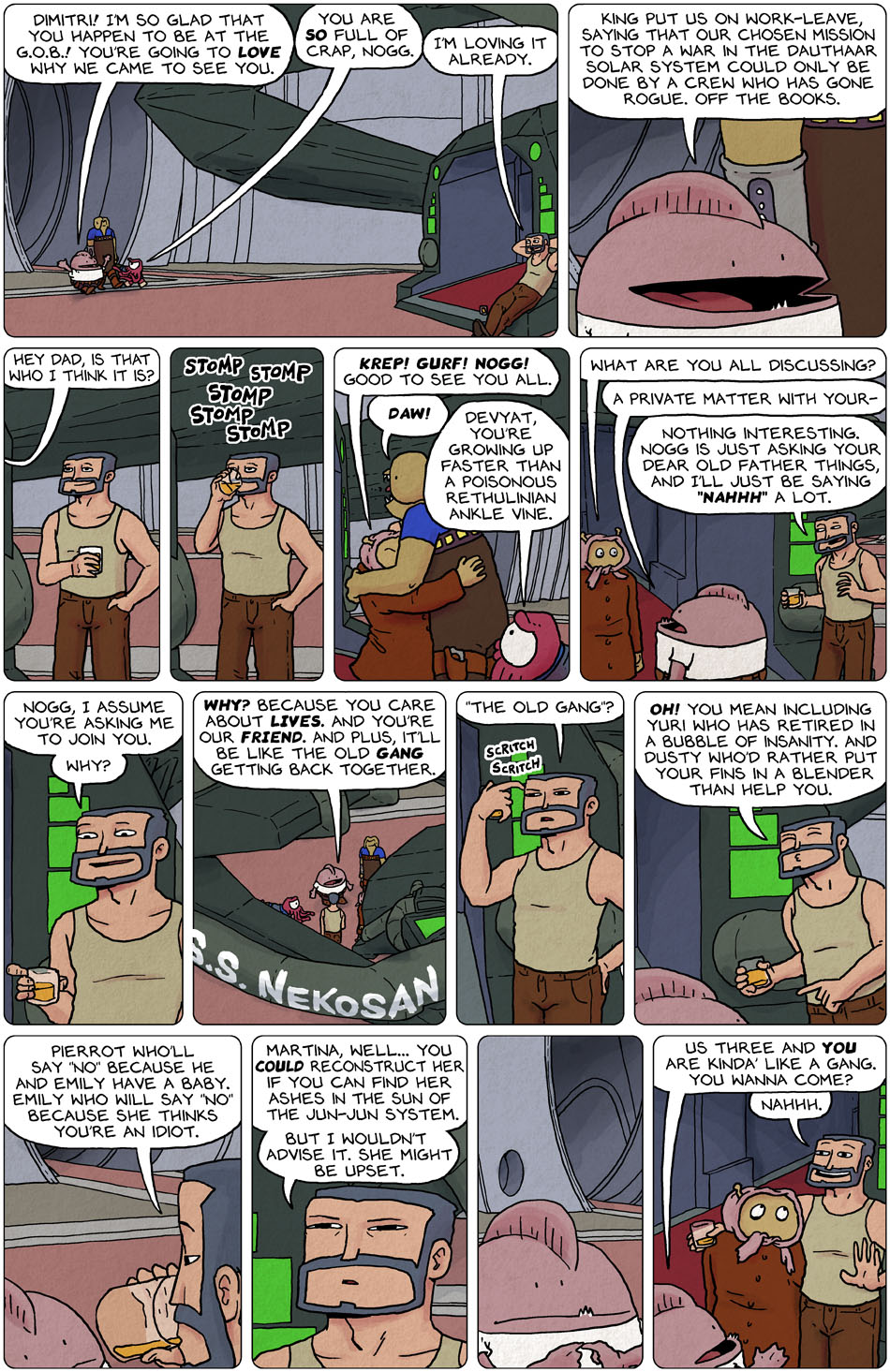 So, Dimitri. Yes, he will appear throughout the comic, although in a lesser role than in the previous series. but I am not dropping him all of a sudden. AND, yes, Devyat is Dimitri’s daughter who he conceived with Red-9.

Oh, and here are the two cats I’ve been house-sitting. Beau and Ysa. They like to lie on my keyboard while I’m working if I stop petting them constantly. Good company. 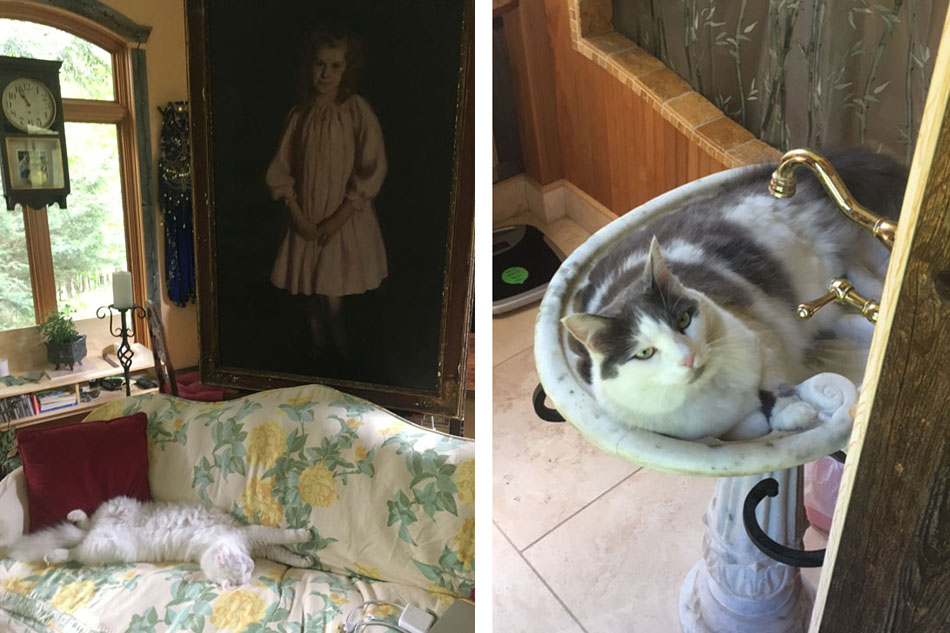