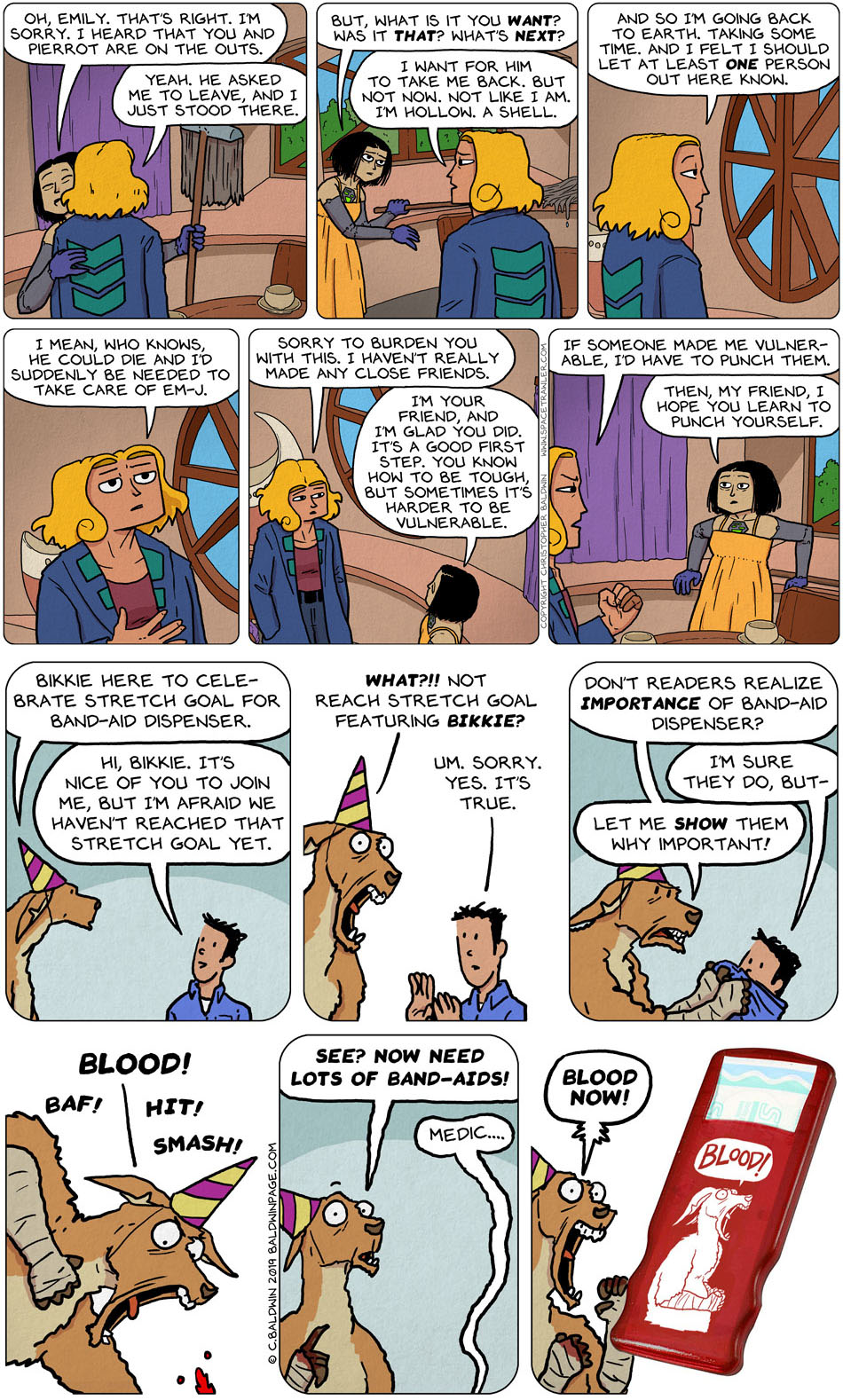 Plus a little silliness. The $14,000 stretch goal for the Kickstarter campaign means everyone (who ordered a physical object) gets a band-aid dispenser! Which amuses me to no end.